Last week I came across an interesting post on the MythicScribes forum. It is a great forum for fantasy writers and a member called Lunaairis posted his thoughts on prologues on August 17th 2012.

Usually, writers are advised to avoid including prologues at the beginning of their novels. Prologues should be banned because they most likely are 1) unnecessary lengthy narrative of back story, 2) boring scene-setting that can be cut without harming the plot, 3) information that should be your chapter One, 4) something that readers don’t read anyway. 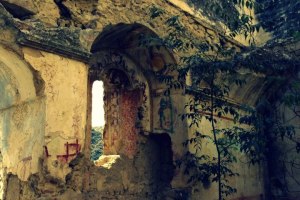 However many published Epic Fantasy books do start with a prologue and Lunaairis explains in his post when and how this is acceptable:

“I was looking at a post about prologues and I couldn’t help but think that there seems to be something wrong with people’s reactions to them. I for one like prologues as they can set the tone for the rest of the story; When they are prologues and not just masses of text. After reading Farlander (by Col Buchanan) I have realized what makes a prologue good, and why more fantasy stories need them.

1) A prologue should be like the story you will tell but in miniature, it should be no longer then your longest chapter and should never be split into parts (I’ve seen this done and it’s just horrendous). That said you should always leave the prologue to be the last thing you write. A prologue is so much like a door hinge I can’t even begin to explain. It is best used with the idea to gather readers; it’s a chapter the average man/woman or child can read at a book store to get a feel for the authors writing without going into the main story. It is what an author should use for getting the reader from the real world to their fictional world. Again like a door hinge it keeps the book open for the public eye to grab a glimpse.

2) The author can also use the prologue to slip in information that the other characters in the novel might already know (if it is important to the story). You wouldn’t want to write a chapter about a city falling to pieces, only for it to have no purpose for the rest of the story, waste-of-space much? (…) Don’t allow prologues to become information dumps, remember you are trying to get the average reader into your story, don’t bombard them with names that won’t or can’t be explained till 2-3 chapters in.

3) Prologues, after keeping in mind that they should not be long, they should also not be short. A prologue consisting of 1-4 paragraphs is rather useless; all the information presented could be bleed into the speech of some of the characters. Removing the need for the prologue all together. If there are only 1-4 paragraphs it’s likely that you just wrote an information dump and should delete it anyways.

4) There should be a story going on in your prologue, a beginning and an end. Introduce a key character in your story, Maybe a villain? The main character? A magic object? Something that has reason to exist, and has wants and needs. Present them a challenge; it could be a rival, a theft (the theft of a person’s life, an object, a person or a way of thinking) or maybe the end of a cycle. (…) Remember when coming up with the challenge, it may be a good idea to take the main problem of you fiction but show it on a miniature scale. If your story is about racism show a glimpse of the racism here.

6) Never talk history in the prologue; write as it happens. Do you remember sitting in those boring history classes with your unexciting history teacher? Thank god I loved history and never had a crappy history teacher. But I know other people who have and I also know they don’t like to read about it in their fiction, so keep it out of there! There is a time and a place to talk about the last great war between the Jubjubwicks and the Didolgigs but the prologue is not the place to be talking politics from a second source.”

So what do you think? Do you agree with Lunaairis? Have you included a prologue in your novel? If yes, what is it like? Or are you against prologues? Let me know in the comment section!

Finally, my update: I have had a good writing week after a very lazy summer on the writing front. I haven’t worked on my WIP, but I have written a short story, worked on my query letter and devised a new editing plan for my WIP. Next week I’m planning on diving back into editing…

How are you fellow ROWers doing?  Here is the Linky to the list of participants.