Today I would like to recommend a few books belonging to the very trendy genre of Dystopian fiction for Young Adults. Immensely popularised by The Hunger Games trilogy, this Fantasy sub-genre offers a wide variety of books, some really worth checking out.

Before providing you with a reading list, let’s remind ourselves of what the Dystopian genre actually is. From Goodreads:

“Dystopia is a form of literature that explores social and political structures. It is a creation of a nightmare world – unlike its opposite, Utopia, which is an ideal world. Dystopia is often characterized by an authoritarian or totalitarian form of government. It often features different kinds of repressive social control systems, a lack or total absence of individual freedoms and expressions, and a state of constant warfare or violence. Many novels combine both Dystopia and Utopia, often as a metaphor for the different directions humanity can take in its choices, ending up with one of the two possible futures.”

For a very long time, dystopian books were just science-fiction novels. But its great success in the last few years has required the renaming of the genre and the creation of a specific category on bookshelves…

Teenagers fight to the death on live TV in a post-apocalyptic America. THE dystopian book every teenager has heard about, and most likely read. Made into a very popular movie this year.

In a future America and because of a deadly virus, young people die in their twenties. As a consequence, society is collapsing. A powerful first book, with a second installment that was unfortunately much weaker. Wither is a must-read nonetheless. 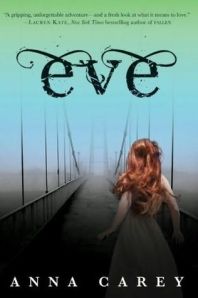 United States, 2032: a deadly virus has wiped out most of the world population and survivors struggle to rebuild a free society. A great, fast-paced read for teenagers who are maybe not ready for “darker” books.

In the imaginary country of Ludania, languages divide classes and words can kill. A powerful story about freedom of speech and democracy.

In a future America, a dictatorship rules the country and a line encloses the US. Nobody crosses it. But what’s on the other side? A good book for youger readers who want to familiarise themselves with the dystopian genre.

A chilling story about a society where everyone can hear everyone else’s thoughts.
7- Blood Red Road (The Dust Lands series) by Moira Young (2011)

A tale of adventures in a violent post-apocalyptic world. Very intense. Not an easy read, but it has received numerous literay prizes.
8- Under the Never Sky trilogy by Veronica Rossi (2012)

In the future, the world is a wasteland and survivors live under a protective dome… I haven’t read that one yet, but it has recieved raving reviews.
9- Article 5 by Kristen Simmons (2012)

In the future, the US are a dictatorship, ruled with The Moral Statutes. Nobody has rebelled, yet. I haven’t read that one either, but I’ve heard great things about it.
10- The Maze Runner trilogy by James Dashner (2009)

This one has received mixed reviews but it keeps popping up everytime I search for YA dystopian books… Have you read it? What did you think?

That’s it for YA dystopian books sitting on my bookshelf… Any other books you’d recommend? Feel free to comment!