I have been so busy researching and writing Lily In The Shadows I haven’t read a book in ages! This week I decided it was time to read for fun again, and I picked up Queen Victoria’s Book of Spells, An Anthology of Gaslamp Fantasy edited by Ellen Datlow and Terri Windling (published on 19th March 2013 by Tor). I figured short stories would help me ease back into my reading habits…

“Gaslamp Fantasy,” or historical fantasy set in a magical version of the nineteenth century, has long been popular with readers and writers alike. A number of wonderful fantasy novels, including Stardust by Neil Gaiman, Jonathan Strange and Mr Norrell by Susanna Clarke, and The Prestige by Christopher Priest, owe their inspiration to works by nineteenth-century writers ranging from Jane Austen, the Brontës, and George Meredith to Charles Dickens, Anthony Trollope, and William Morris. And, of course, the entire steampunk genre and subculture owes more than a little to literature inspired by this period.

Queen Victoria’s Book of Spells is an anthology for everyone who loves these works of neo-Victorian fiction, and wishes to explore the wide variety of ways that modern fantasists are using nineteenth-century settings, characters, and themes. These approaches stretch from steampunk fiction to the Austen-and-Trollope inspired works that some critics call Fantasy of Manners, all of which fit under the larger umbrella of Gaslamp Fantasy. The result is eighteen stories by experts from the fantasy, horror, mainstream, and young adult fields, including both bestselling writers and exciting new talents such as Elizabeth Bear, James Blaylock, Jeffrey Ford, Ellen Kushner, Tanith Lee, Gregory Maguire, Delia Sherman, and Catherynne M. Valente, who present a bewitching vision of a nineteenth century invested (or cursed!) with magic.

The Line-up:
“The Fairy Enterprise” by Jeffrey Ford
“From the Catalogue of the Pavilion of the Uncanny and Marvelous, Scheduled for Premiere at the Great Exhibition (Before the Fire)” by Genevieve Valentine
“The Memory Book” by Maureen McHugh
“Queen Victoria’s Book of Spells” by Delia Sherman
“La Reine D’Enfer” by Kathe Koja
“Briar Rose” by Elizabeth Wein
“The Governess” by Elizabeth Bear
“Smithfield” by James P. Blaylock
“The Unwanted Women of Surrey” by Kaaron Warren
“Charged” by Leanna Renee Hieber
“Mr. Splitfoot” by Dale Bailey
“Phosphorus” by Veronica Schanoes
“We Without Us Were Shadows” by Catherynne M. Valente
“The Vital Importance of the Superficial” by Ellen Kushner and Caroline Stevermer
“The Jewel in the Toad Queen’s Crown” by Jane Yolen
“A Few Twigs He Left Behind” by Gregory Maguire
“Their Monstrous Minds” by Tanith Lee
“Estella Saves the Village” by Theodora Goss

What are you reading this week? Feel free to leave me a comment below!

this week again I’m taking part in the Tursday’s Children meme hosted by Rhiann Wynn-Nolet and Kristina Perez. It is “a weekly blog hop where writers come together to talk about whatever inspires them.” 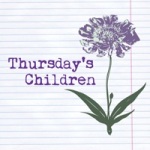 In these posts, I share a little bit more about what I’ve been working on, a YA Historical Fantasy entitled LILY IN THE SHADOWS. Today’s theme was inspired by a Twitter chat hosted by Tor Publishing yesterday under the hashtag #torchat

Inspired by a genre: Gaslamp Fantasy

So until now, and in order to make these posts as accessible as possible, I have been saying my Work In Progress is a “Young Adult Historical Fantasy set in Victorian London”. And it isn’t wrong, except there is an actual name for this genre, coined in 2006 by webcomic artist Kaja Foglio to differentiate her work from steampunk fiction. It is the “Gaslamp Fantasy” genre.

What is “Gaslamp Fantasy”?

Gaslamp Fantasy (also known as Gaslight Fantasy or Victorian Fantasy) designates stories set during the 19th Century, from the Regency to the end of Queen Victoria’s reign. It is a sub-genre of both Fantasy and Historical fiction, and it comprises elements from both genres.

How is it different from Steampunk?

The main difference between Gaslamp and Steampunk is that Steampunk is technology-focused and Gaslamp is magic-focused. Also Steampunk will often favour adventure when Gaslamp will focus on a mystery.

What books are examples of Gaslamp Fantasy?

The classic example is Susanna Clarke’s Jonathan Strange & Mr Norrell (2004). Other examples include The Magic Most Foul series by Leanna Renee Hieber (2011-now), The Rook by Daniel O’Malley (2012) or Temeraire (aka His Majesty’s Dragon in the US) by Naomi Novik (2006).

How is LILY IN THE SHADOWS Gaslamp Fantasy?

LILY takes place in London during Queen Victoria’s reign. It is a Historical novel, because I have been very careful to re-create 1862’s London and to double-check every historical detail. But it is also a Fantasy, because magic infiltrates every part of the novel. I want this story to combine this magic with an industrial age that was changing England, its people and the world along with it. 19th Century England was an era of scientific discoveries, of exploration, changes, where common people sought and found answers and explanations for the first time in centuries. But it was also the time pollution, poverty and crime got out of hand.

Writing Gaslamp Fantasy allows me to explore all these interesting aspects of that moment in time.

So are you ever inspired by a genre? Or do you write your novel first, then find which genre it belongs to? Feel free to leave me a comment below, and to visit the other Thursday’s Children posts here.

Today I want to mention a few ghost stories that I enjoyed reading and that I think are suitable for Young Adult readers.

The Graveyard Book by Neil Gaiman

After the murder of his family, a toddler wanders into a graveyard and is raised by ghosts. Growing up in a graveyard can be dangerous but everyone knows the world outside its gate is even worse…

An amazing setting, and such a great story. Neil Gaiman has no equal.

Her Fearful Symmetry by Audrey Niffenegger

Two American sisters inherit a flat which borders Highgate Cemetery in London. The teenage twins move in and meet their strange neighbours, before realizing  their deceased aunt can’t seem to leave her old apartment – and life- behind.

Technically an Adult book. An interesting premise and a chilling ending. However the story relies heavily on clichés about London and its supposedly ghostly feel. Since I actually live here, I need a little more than that in terms of setting.

The Name of the Star by Maureen Johnson

The ghost of Jack The Ripper is killing again in modern-day London. The secret ghost police of London are on the case, with no time to waste.

Again a book set in London and targeted at American readers who have never set foot here. But in this one, the plot is great and the author actually conveys a “British feel” to her story.

Manhattan, 1882. A teenage girl who cannot speak. A haunted painting. A love story across time and space.

A good YA read, although the plot lacked high stakes. And I liked the twist halfway through the book.

That’s it for YA ghost stories sitting on my bookshelf… Any other books you’d recommend? Feel free to comment!

Also you can enter my 100 Followers Giveaway here and win YA books! 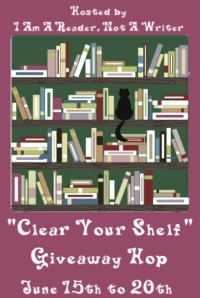 Here you can win ONE of the five following books:

I am Number Four by Pittacus Lore (UK edition)

Confessions of an Ugly Stepsister by Gregory Maguire (UK edition)

All books are paperbacks  in perfect condition.

Thanks for entering my giveaway and good luck! Feel free to leave a comment…

Visit the other giveaways here.

This week I’m reading Darker Still by Leanna Renee Hieber. It’s a YA historical novel set in 19th Century New York. The 17-year-old heroin is mute and the book is her diary, in which she recounts the strange events that took place at the Metropolitan Museum in the summer of 1880. It’s a quick read and a cute love story, as well as a good mystery.