There are A LOT of YA books coming out this month! Here are the ones I’m most eagerly anticipating… they’re all coming out on 5th November 2013 (blurbs are from Goodreads).

A warning to all young ladies of delicate breeding who wish to embark upon lives of adventure: Don’t.

Sixteen-year-old Peggy is a well-bred orphan who is coerced into posing as a lady in waiting at the palace of King George I. Life is grand, until Peggy starts to suspect that the girl she’s impersonating might have been murdered. Unless Peggy can discover the truth, she might be doomed to the same terrible fate. But in a court of shadows and intrigue, anyone could be a spy—perhaps even the handsome young artist with whom Peggy is falling in love…

Kai and Ginny grew up together–best friends since they could toddle around their building’s rooftop rose garden. Now they’re seventeen, and their relationship has developed into something sweeter, complete with stolen kisses and plans to someday run away together.

But one night, Kai disappears with a mysterious stranger named Mora–a beautiful girl with a dark past and a heart of ice. Refusing to be cast aside, Ginny goes after them and is thrust into a world she never imagined, one filled with monsters and thieves and the idea that love is not enough.

Jackson Pearce, author of the acclaimed SISTERS RED and FATHOMLESS, returns with a unique vision of Hans Christian Andersen’s “The Snow Queen”. 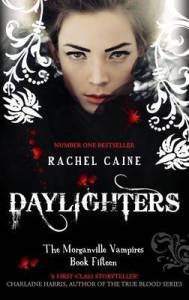 Something drastic has happened in Morganville while Claire and her friends were away. The town looks cleaner and happier than they’ve ever seen it before, but when their incoming group is arrested and separated—vampires from humans—they realize that the changes definitely aren’t for the better.

It seems that an organization called the Daylight Foundation has offered the population of Morganville something they’ve never had: hope of a vampire-free future. And while it sounds like salvation—even for the vampires themselves—the truth is far more sinister and deadly.

Now, Claire, Shane and Eve need to find a way to break their friends out of Daylighter custody, before the vampires of Morganville meet their untimely end…

(NB: this is the last book in the series!)

Which books are you looking forward to reading this month? Let me know below!