Sometimes in my readings I come across writing devices that make me roll my eyes and shake my head. I guess we all have them: pet peeves. I’ve recently come to realize that mine are mostly plot-related. I’ve listed them below, and I’m curious to find out if you share my opinion on them…

This plot device consists in resurrecting a character that was presumed dead for a good part of the story in order to resolve a plot line. The Resurrection was used twice in Gossip Girl, for both Chuck’s father and mother. I’ll admit, I hate this plot device with a passion, because it’s usually synonymous with plot inconsistencies in particular and lazy writing in general.

This is when the main character, and the reader alongside her, can’t trust anything the characters say. Please note I’m not talking about the unreliable narrator here. I’m talking about the writing device that tells you something then denies it ten pages later, keeping you from speculating and therefore from really enjoying the book. Remember The Pretender? Teenage Me loved this show. To be honest, Present Me still loves it. But let’s face it, this show had serious plot issues, one of them being that everyone kept contradicting themselves from one episode to the other and saying they’d lied. That’s not good writing according to me.

Pet Peeve #3: The Keeper of Secrets 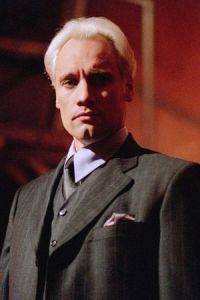 This is when the plot could be resolved in a second if one character just revealed everything he knows to the main character. But he doesn’t because of reasons. And the plot drags on forever. This writing device was used ad nauseam in Witchblade (both the comic book and the TV series): the main villain Kenneth Irons knew everything about the main character’s past and destiny, but he didn’t tell her anything because… he was villainous that way.

This is when main events happen off screen and are retold/summarized later. Instead of having the satisfaction of seeing the events unfold in front of her, the reader has to make do with a main character losing consciousness, or a random chapter dealing with a subplot or a simple leap in time. Talk about disappointing.

What about you? Do you have writing pet peeves? Plot devices that make you roll your eyes? Most importantly, did you ever watch The Pretender? Make sure to leave me a comment below!