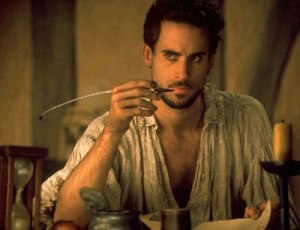 Today is Thursday and I thought a post about the writing process was in order.

I was actually inspired by this post written by YA author Aimee L. Salter on 19th November 2012. In her post, Aimee made a list of all the good reasons we writers have to read other people’s books. Among other things, she mentioned the importance of knowing the competition and of understanding what works (or doesn’t work) in other books.

On that same day, Epic Fantasy writer Jeff Hargett published a blog post in which he admitted to having just realised his book (which he has been working on for ten years) was very similar to the TV show/movie Airbender and Robert Jordan’s Wheel of Time book series.

It reminded me of another blog post I read in February 2012. Back then, YA author Elizabeth May published a great post entitled The Unfortunate Case of the Book that Looked Just Like Someone Else’s, in which she confessed having written, edited and queried a manuscript that was extremely similar to a published book that she bought later on Amazon. When she found out about it, she felt embarrassed and she shelved her manuscript, feeling that she had somewhat wasted her time and the agents’ time.

So what’s the moral of these stories? Listen to Aimee’s advice and READ. If your story is derivative of other works, you need to be aware of it and it needs to be intentional. Being derivative by accident is the worst thing that could happen to you as a writer.

Let’s face it. If you live in the US, Europe or Down Under, chances are you are influenced by the same things that other writers are. We all watch the same movies and TV shows, we all hear about the news from around the world and we have all read the same books as children. This means that it is likely we will write stories that remind us of other stories.

And it’s fine, AS LONG AS YOU ARE AWARE OF IT.

Discovering that the book you’ve worked so hard on already exists is crushing. To avoid it, read the books that are already out there. Read books in your genre and category. Read publishing news and newly published books. Agents do. Publishers do. You won’t have the excuse of not knowing once you try to get your own story published.

I’ll finish this post with my own little experience in the matter: I finished writing the first draft of THE LAST QUEEN in the summer of 2011. Then I heard about a series of books entitled THE SEVEN REALMS (by Cinda Williams Chima). The blurb goes like this: “Times are hard in the mountain city of Fellsmarch. Reformed thief Han Alister will do almost anything to eke out a living for for his family. Meanwhile, Raisa ana’Marianna, princess heir of the Fells, has her own battles to fight. Her mother’s plans for her include marriage to a suitor who goes against everything the queendom stands for.” My heart dropped. This sounded A LOT like THE LAST QUEEN. Especially the Princess Heir part. So I bought the book, read it (loved it) and realised that this book had nothing in common with mine. Cue sigh of relief.

But I keep reading YA High Fantasy books. For my pleasure, to know the competition, and to make sure no one has already written and published a book similar to mine.

What about you? Have you had that kind of experience? Have you written a book then found out it was similar to another book? What did you do? I’d love to read your comments!