Last November, I joined Wattpad and posted online one of my manuscripts, THE BRIGHT AND THE LOST. If you follow me on Twitter, you probably know I’m still working on getting traditionally published, but I decided to reach out to YA readers via a different channel in the meantime. Having had to shelve THE BRIGHT AND THE LOST for various reasons two years ago, I decided it would be the perfect story to share online for free.

In February, THE BRIGHT AND THE LOST was picked to become a Wattpad Featured Story. It has had over 13K reads so far, and it has made it into the Top 25 on the Wattpad Historical Hot List.

Following this positive first experience with Wattpad, I posted on the website a short story, THE FORBIDDEN ROOM. So far the first four chapters are available, and I will upload the rest of the story in the weeks to come.

If you’re a Wattpad user, or if you’re interested in reading my stories, you’ll find the links below. I’d be delighted to connect with you on Wattpad and to read your comments on my stories. Don’t hesitate to get in touch! 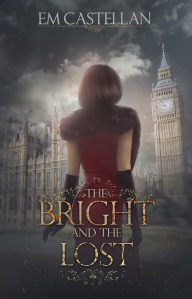 THE BRIGHT AND THE LOST

DOWNTON ABBEY meets Libba Bray’s THE DIVINERS in this YA Historical Fantasy set in 1922 England.

Are you a Wattpader? If so, leave me a comment below!

One thought on “The Wattpad Endeavour”