This week, I would like to mention a film that I cannot wait to see: Frozen (Walt Disney Animation Studios’ 2013 animated feature holiday film). Based on The Snow Queen by Hans C. Andersen, the movie will be “an epic tale of adventure and comedy”.

According to the official press release from 11th June 2012, the film is set to be released on 27th November 2013.

“In Frozen, a prophecy traps a kingdom in eternal winter, so Anna (voice of film/TV/stage star Kristen Bell), a young dreamer about to take the adventure of a lifetime, must team up with Kristoff, a daring mountain man, on the grandest of journeys to find Elsa the Snow Queen (voice of Tony Award ®-winning actress Idina Menzel) and put an end to the icy spell. Encountering Everest-like extremes, mystical creatures and magic at every turn, Anna and Kristoff battle the elements in a race to save the kingdom from destruction.

Directed by Chris Buck (“Tarzan,” “Surf’s Up”) and produced by Peter Del Vecho (“Winnie the Pooh,” “The Princess and the Frog”) and by Pixar’s John Lasseter, “Frozen” will feature original songs by Broadway greats Robert Lopez and Kristen Anderson-Lopez.”

So, not only is this film based on an amazing fairy tale, but it will also include the voices of two of my favourite actresses in the world? 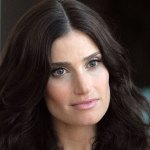 Allow me to swoon. I just cannot wait.

What about you? Do you have a film that you’re eagerly anticipating? Let me know in the comment section!